There are about 200 species of Agave plants. The plant has sharp marginal teeth and a very sharp terminal spine. The stem is very short which makes it look stemless. During flowering a tall stem up to 12m grows from the centre of the rosette bearing a large number of short tubular flowers. After flowering the original plant dies. During its lifetime the Agave continually produces new offsets. The lifespan of an Agave is between 10 to 15 years.

What is the Agave plant used for?
a) Honey:
The flowers are edible and the stalk, in summer, before flowering, can be roasted or chewed to extract the Aguamiel. The leaves are ready to eat in winter and spring when they are rich in sap.

c) Beverages:
Tequila (alcoholic) Tequila is made from Agave tequilana (Blue Agave). The plant is harvested when it is 7 years old. The harvesting is done manually with a machete-like tool curved at the top (coa) to remove the leaves, revealing the core, called pina, (looks a bit like a pineapple).   The core is then chopped into quarters, baked to extract its fermentable sugars.

The oven is made of clay or brick called ‘hornos’ or in large stainless steel ovens. After baking, the pinas are crushed and shredded to extract the sweet juice inside called mosto. This is done by either an industrial mechanical shredder or in the traditional way, using a ‘tahona’ a large stone wheel that crushes and juices the pinas.

The mosto is combined with yeast and water in large, stainless steel fermentation tanks or large wooden barrels. It is then fermented which produces a liquid called ‘Pulque’, which the Aztecs drank before the Spanish introduced distillation.

After the fermentation (72 hours), the liquid is distilled. At that stage the yeast has eaten up the sugars to create alcohol and, as a bi-product, CO2. The more alcohol and CO2 they create, the less sugar there is for them to feed on and at a certain point if this continues the alcohol becomes toxic. For a better product we have to distill to separate the alcohol from the water.

The Agave juices are distilled which purifies the liquid. The distillation process separates the alcohol from the water by using evaporation and condensation. Because alcohol has a lower boiling point than water, the alcohol (ethanol) evaporates, in doing so it rises and travels through a cooling tube, which is connected with another vessel to condense.

The first distillation produces a cloudy liquid called ‘ordinario’. A second distillation is required to get a clear liquid. Very good quality is distilled three times before bottling. Water is added to make it 40 degrees proof.

After having been manufactured, the Tequilla is aged for 14-21 days minimum. The type of Tequilla produced after 14-21 days is called ‘blanco’ or ‘silver’. A better quality is ‘reposado’ which has been rested from 2 months to 1 year and ‘Anego’ is rested between 1-3 years. The Tequilla is rested in oak barrels which gives the Tequilla its golden colour.

Mescal (alcoholic)
To make Mescal, a different Agave is used called ‘Agave angustifolia’. Instead of vats, large underground pits are dug. Charcoal is used for the fire, followed by a layer of volcanic stones, then another layer of charcoal and volcanic stones. It is then left to reach a certain temperature. The Agave pieces are added. It is covered by a heat resistant tarp and is left smoking for one week.

The pieces of agave are then removed by hand and transported to a crushing machine where they are ground into small pieces. The Agave fibres are then taken to wooden tanks for fermentation which takes 3 days. It is then distilled and water is added before bottling.

Agave juice (non-alcoholic)
The most frequently used Agave for making agave juiice is the Agave americana. The agaves are taken to a facility where they are heated to no more than 48 degrees C. in a giant kind of pressure cooker to make the juice flow It is then chopped up, filtered and sent to a centrifuge and poured into bottles.

Agave syrup (non-alcoholic)
The juice is extracted from the core of the Agave, then filtered. It is then heated to 48 degrees C. At that temperature the carbohydrates, mainly “Inulin” are turned into a fructose (sugar). The filtered juice is a little thinner than honey, like a syrup. Nutritionally it is considered a form of soluble fibre (inulin which has minimal impact on blood sugar levels making it a suitable sugar for diabetics and weight control.

ENEMY OF THE AGAVES
What is the Agave Snout Weevil?
The weevil is a form of beetle about 2.5 cm long, black, with the scientific name Scyphophorus acupuntatus. They normally choose weak or old Agaves to lay their eggs. The bite of the beetle injects bacteria which cause the plant tissues to soften and eventually liquefy, easier for the larvae and beetle to eat the tissue, which eventually will result in the plant dying.

What can you do to protect your Agaves?
How to protect the Agaves around a diseased one:  if the plant shows signs of infestation, remove it and every plant for several feet surrounding it.  Then sift the soil and pick out grubs and beetles - fortunately they’re slow crawlers!

What to do once you have an infestation?
If the infestation is spreading like crazy it has to be brought under control.   Drench the soil around the agaves with an insecticide that has imidacloprid as the main ingredient.    One brand is Compare-N-Save Systemic Tree and Shrub Insect Drench which contains 1.47% imidacloprid and costs about $52/gallon on Amazon.   Another brand is Bayer Tree and Shrub Insect Control with 2.94% imidacloprid.   About $90/gallon on Amazon.

This information comes from America where these infestations appear regularly.
Author: Saskia Newlands

written by Sue Spence, Garden Group co-ordinator at 08:55 No comments:

Tools for the "Troisieme Age" Gardeners

Disclaimer:  Most items have been sourced in France because of the tedious problems associated with post-Brexit purchases from British companies (indeed, many companies have stopped shipping to Europe post Brexit).   NOTE:  of the items featured below, the only ones I own are the trolley, kneeler & plastic leaf rake:  the others featured are similar to the tools on the table which were purchased in local retail outlets in France (the ladies fork is 100 years+ and belonged to my aunt).

TIPS
Take mobile phone with you when you garden
Don’t go up a ladder unless you have someone with you
To move a table on a terrace:  if the base is square, roll it along using three 10cm diam. plastic pipe lengths like the Romans did.
To move a heavy pot, place pot on a wooden plank and push/pull along the plank.
If removing a sack of compost from the car boot, slide it down a plank onto a wheelbarrow or trolley
Digging spade or fork handles – go for T-handle rather than D-handle (if the bar rolls it can pinch the  hand)
Use a smaller watering can (or only half-fill your normal watering can)
Try a “pick-up stick” if bending down is a problem

SECETEURS  -  ORDINARY  or  RACHET  or  BATTERY-OPERATED ?
GARDENERS  WORLD  MAGAZINE  VIDEO:  https://www.youtube.com/watch?v=pE0Wj9pOj8g
It is better to make an angled cut rather than a straight-across cut.

Rachet requires repeat-action (say three or four times) which may not be comfortable for arthritic hands.
Except for the Bosch battery seceteur (which looks a slightly chunkier of the classic seceteur), powered seceteurs have the battery clipped to the end which might be clumsy when delving into a many branched shrub.

If buying online, try to actually handle the seceteurs before buying (not always possible if they are packaged).   Remember, you get what you pay for – my latest cheapy purchase did not cut cleanly.

Niwaki brand - is this the Japanese make that Mavis McQuade heard recommended on a BBC radio gardening programme?   Better to buy in France - if purchased in UK the additional costs of customs duty (£16.48) and shipping  cost/DHL handling charges (£25.98) push the initial purchase price of £69.00 up to £123.46. 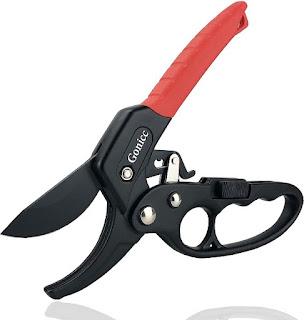 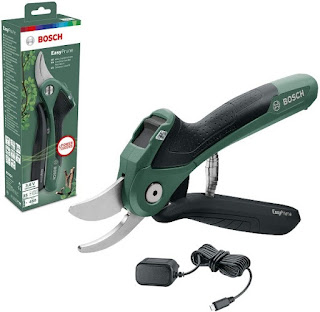 Look for:  rubber handles, carbon steel blade, non-stick blade
Rachet loppers are needed to cut dead wood, it is very difficult to cut through with bypass loppers.
Like rachet seceteurs, rachet loppers need to be opened between cutting to operate the rachet
Battery operated loppers are just a larger, heavier version of seceteurs
Check a) how long the loppers work on a full charge and b) how long the battery takes to recharge).   OR buy two batteries if you frequently have a lot of pruning to do. 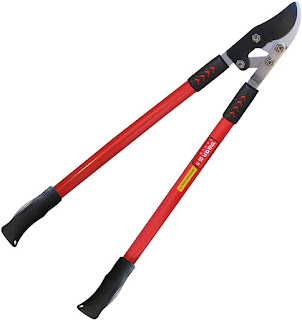 KNEELER  (REPOSE  GENOUX)
https://www.leroymerlin.fr/produits/terrasse-jardin/outils-de-jardinage/outils-pour-cultiver-son-potager/beche/repose-genoux-jardin-54-cm-83804925.html
Cost:  €29.90 (only sold on the internet, not in shop) (folds flat for hanging up) 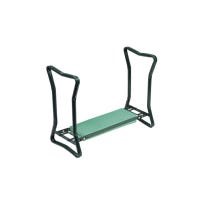 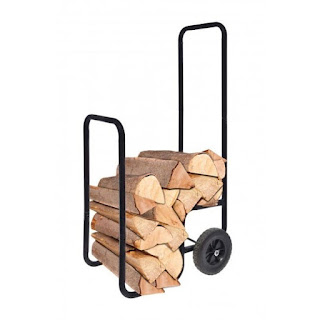 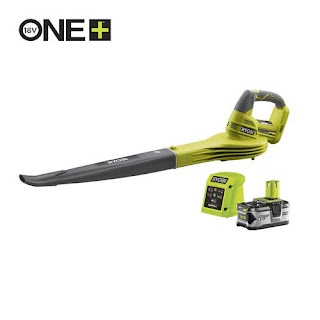 SPADES  (PELLE  A  BECHER)
Buy a ladies’ spade which is smaller and lighter;   today it seems to be described as a “border” spade.   A man’s spade is heavier and lifts too much soil when charged so too tiring. 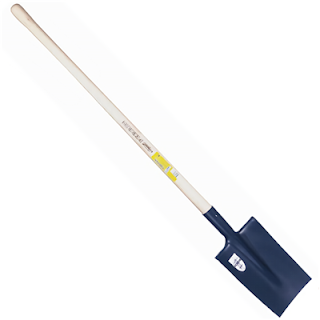 FORKS  FOR  DIGGING  (FOURCHE  A  BECHER)
Ladies forks seem to be a thing of the past, the nearest appear to be border forks but the tines are still longer than ladies forks of yesteryear.
https://www.leroymerlin.fr/produits/terrasse-jardin/outils-de-jardinage/outils-pour-cultiver-son-potager/beche/fourche/fourche-a-becher-acier-revex-manche-bois-80-cm-73668532.html?megaBoost
Cost:  €35.50   (narrow but tines are rather long) 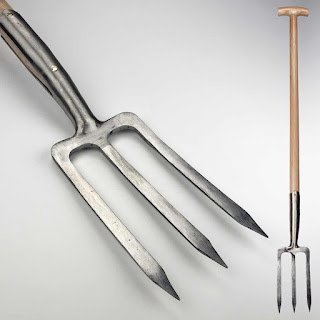 https://www.craigmoreonline.ie/catalogsearch/result/?q=gardener+digging+fork
Cost:  €14.17   (can’t beat this price and I like the old-fashioned handle!) 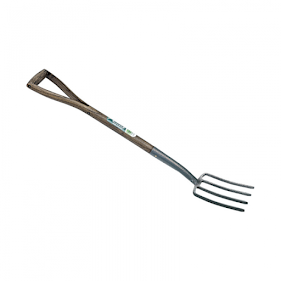 LONG-HANDLED  MINI-FORK  (PETITE  FOURCHE  AVEC  MANCHE  LONGUE)
These are great for light digging in the border to loosen compacted soil without bending down or kneeling as one would with a hand fork.
https://www.promessedefleurs.com/outils-pour-le-travail-du-sol/beches-louchets-et-fourches-a-
becher/fourche-a-becher-bequille-traditionnelle-de-pypere.html
Cost:  €35.50      Make:  de Pypere (Belgian) 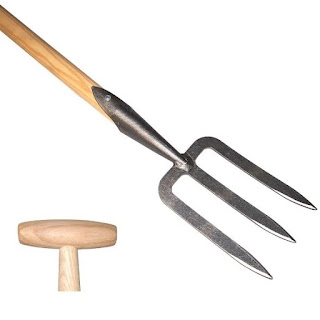 Or try the Wolf brand of clip-on tools, they have this mini-fork.   Good quality & available in most garden centres.   Gardena also do a range of clip-on tools like the leaf rake (first photo). 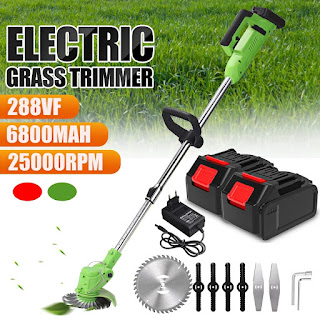 SUGGESTED  BY  MEMBERS  AT  THE  MEETING

LEAF   GRABBERS  (RAMASSE  FEUILLES)
There seems to be three types –

*  cheapy but flatter so don’t hold many leaves and the strap for hands is uncomfortable
*  larger, curvy so more leaves picked up but still need to bend down to gather leaves into bag or sack
*  the Rolls Royce with long handles so no bending (see Darlac below) but leaves appear to need to be   loaded into a  Big Bag or wheelbarrow and probably not easy to load into a 100-litre plastic sack

Videos:  https://www.youtube.com/watch?v=QWm--xPS0Kg
https://www.youtube.com/watch?v=Qcg6SExLkBo
Unfortunately currently unavailable on www.amazon.fr.   Cost in UK is approx. £22.
From the video, the Darlac handled grabbers load best into large sacks like one-metre-cube BigBag sacks which are cumbersome for transferring leaves into a leaf mould bin or a car (100-litre bags are easier). 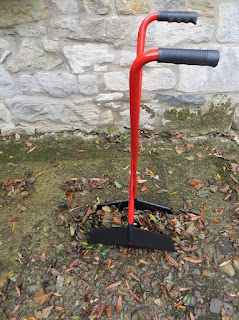 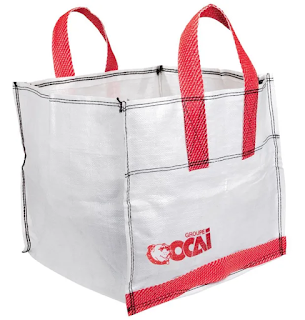 PICKUP-STICK
This one has a magnetic tip and adjustable hinge and will also be useful in the kitchen to access stuff from the top cupbo9ard shelves (I use my hip replacement hospital-issue stick for reaching my baking pans & racks rather than getting the steps out of the garage). 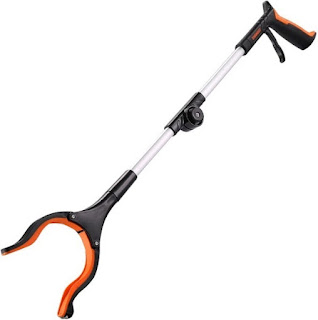 written by Sue Spence, Garden Group co-ordinator at 19:49 No comments:

Other I W Cs